We left the Walmart in the morning stopping by HyVee grocery (a large chain grocery store in the Midwest) before leaving propane-free Columbus retracing our track from yesterday.

Osceola was only around twenty-five miles to the south.  It had a two-site campground in their city park.  I wasn’t expecting much.  I certainly wasn’t expecting this though!  That’s it, the patch of dirt you can see through the trees.  That is a railroad crossing directly ahead.  Oh my!  Just imagine.

This undoubtedly would be the closest camp site to railroad tracks I had ever seen.
Needless to say we continued on seven miles further to... 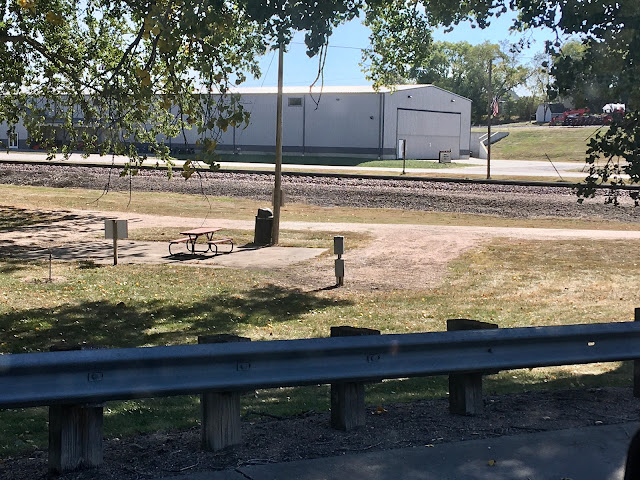 Stromsberg, Nebraska (pop. 1143)
Notice the wording on the grain elevator. 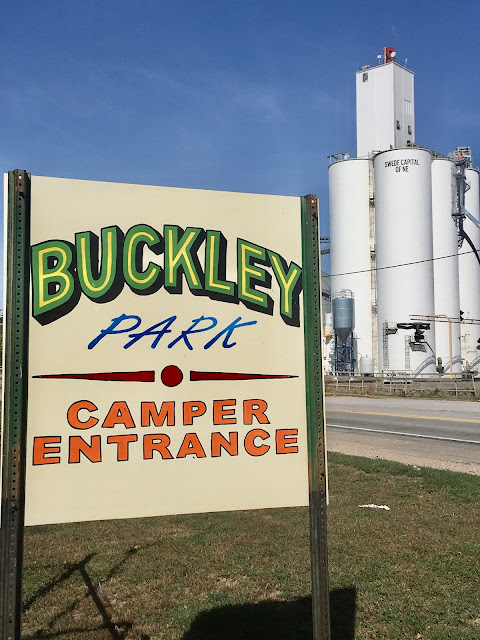 Oh geez, there are other campers here!

I was thinking this spot to the left as it was the most isolated.  The two guys sitting outside between the RV and camper truck were giving us the stink-eye.  Then I saw their big dog.  Not staying there. 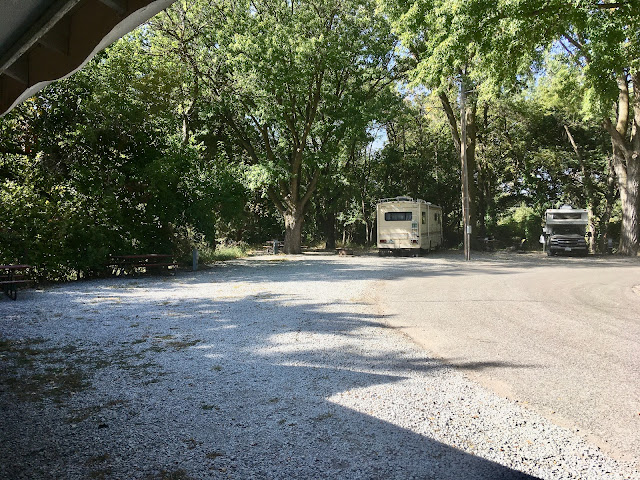 So we went around the small loop and I backed in under the shade.  The sun would never hit us nor the solar panels.  I had to plug in to the electrical.  Now the plus with that would be the refrigerator would automatically switch over from propane to electric.  So we would be saving on propane.
That long fifth-wheel trailer was not there when we first arrived. 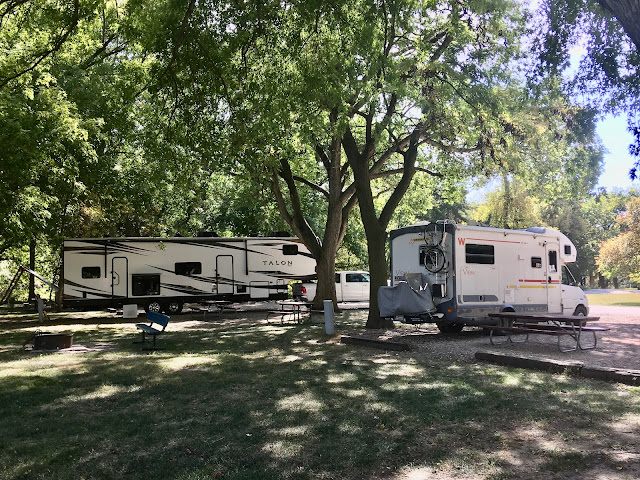 He came later in the afternoon.  Big unit huh? 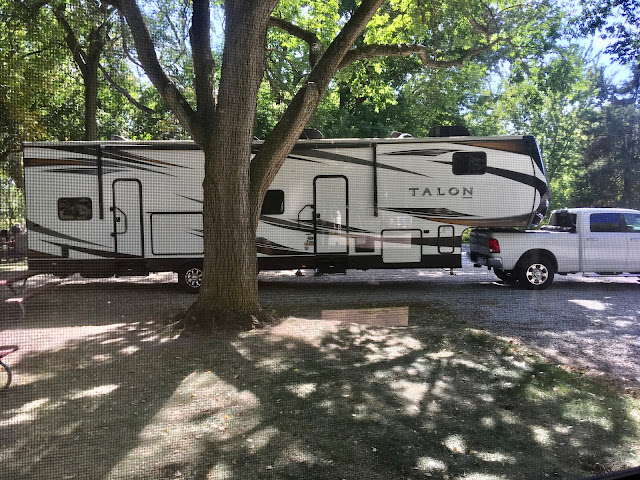 All for him, just one guy, alone.  Makes you wonder. 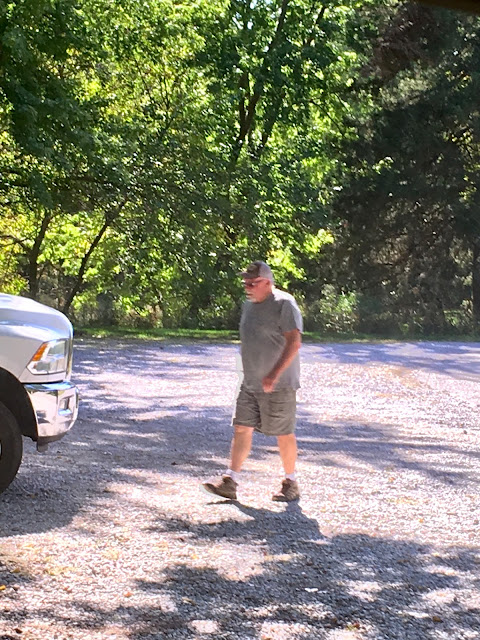 I would leave a donation since I was using their electricity.  I looked all around inside this shelter, around the restrooms, everywhere...where is the donation box? 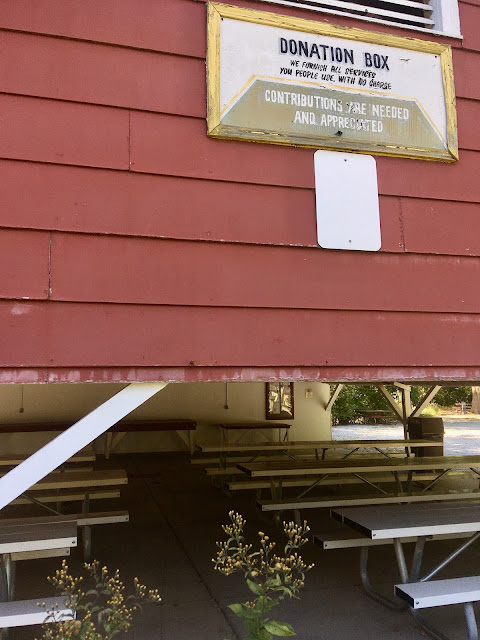 Off to the side they had a nice small city park. 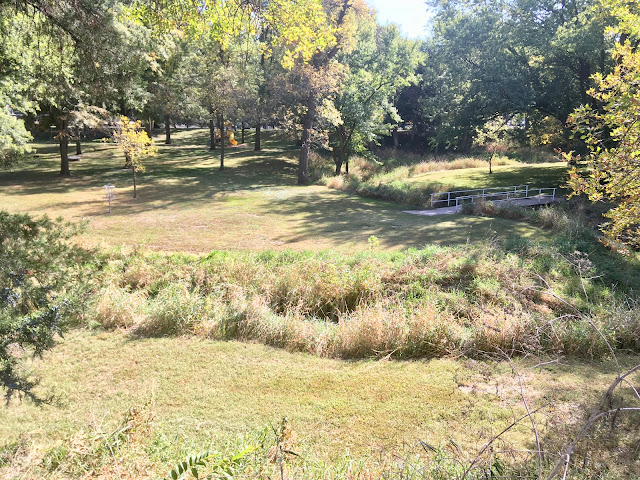 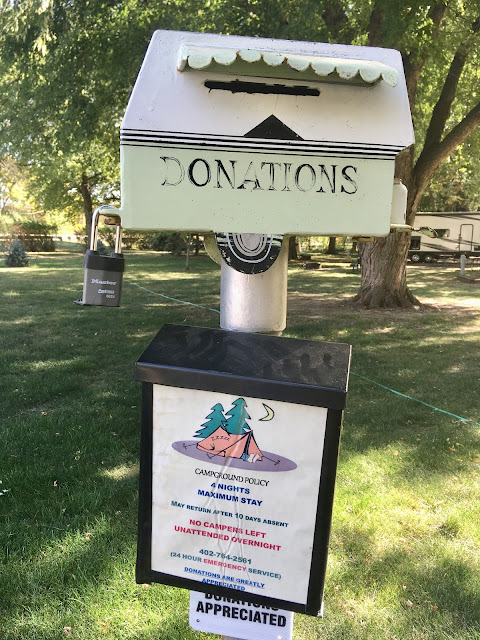 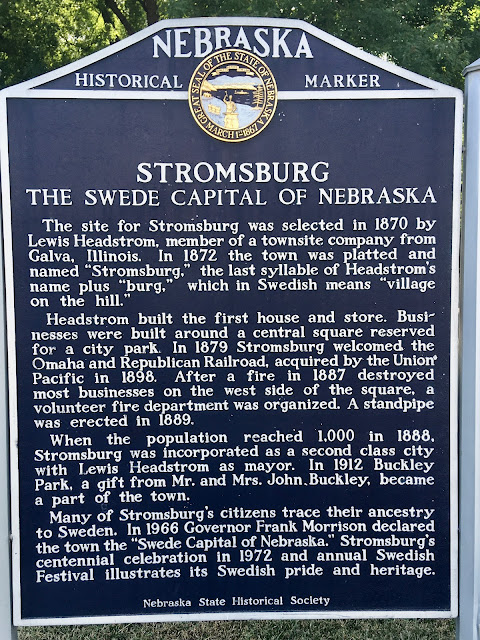 - comment replies -
“How do you keep Beans from getting fleas?  Fleas have never been an issue with either of my two travel cats.  I suspect because they are not outside long enough.  Beans will collect ticks when walking through thick lush grasses and bring them inside.  I slip a flea and tick collar when we are in that type of environment.
As for running out of propane the refrigerator would not function and I’d lose the food inside that I could eat up fast enough.  Of course the stove wouldn’t work but I have alternate means for cooking with me.
I used to watch Lawrence Welk with my grandmother.  “A one and a two...”

Yay for Beans being flea-less. Sorry to hear about ticks. This does look like a nice spot for an over night, and hope the neighbors kept to themselves. Ah, your refrig. is propane/elec. Glad to know what you depend upon gas for. Have a delightful Wednesday!

Good to know you can manage without propane. Hope you find some soon, tho.

Looking at those railroad tracks made me remember my Dad telling us about "riding the rails" back in the 30s. You did what you had to. "Making do" was another saying we don't hear much anymore. I'm so grateful to be old enough to remember. I believe much of the bad behavior now truly is from simply "not knowing any better". I'm seeing glimmers of learning going on. Miss Manners (the author) said civilization is founded on good manners. I'm thinking you might agree. I'm enjoying your stories about the folks you meet. People are so interesting.

I really do enjoy travelling along with you and Beans.

I would love to know the story of the guy with the big trailer but I guess you blokes keep to yourselves.