On a walkabout one day I spotted this off in the distance away from my path. 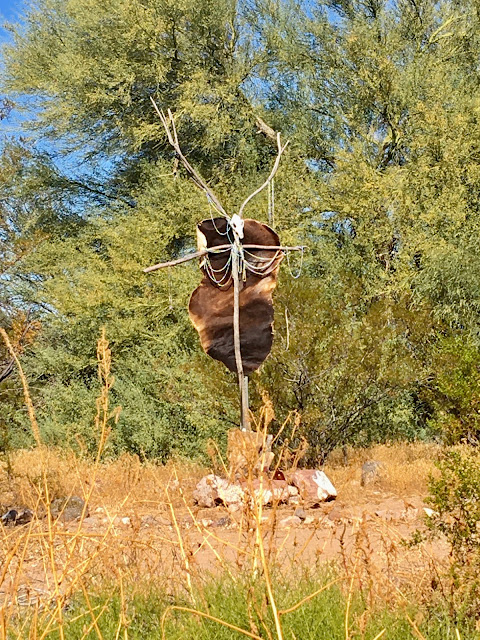 I didn’t know what to make of it, figuring someone out here had time on their hands
to create a little art project. 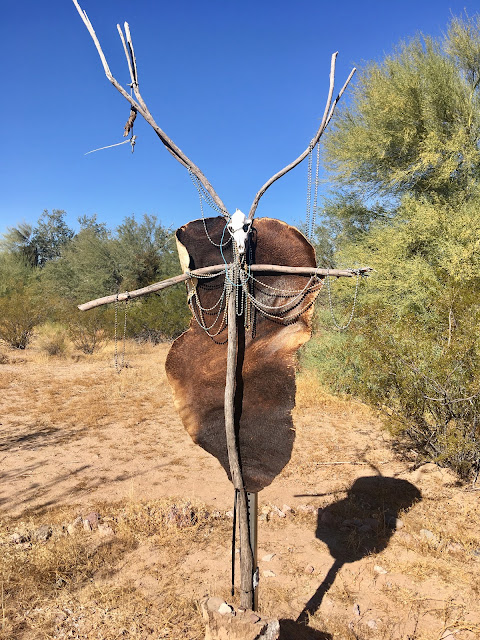 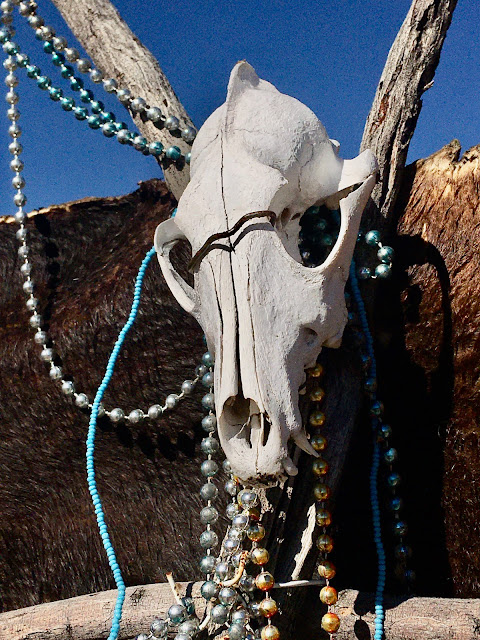 At the base lay a collection of this and thats people had left. 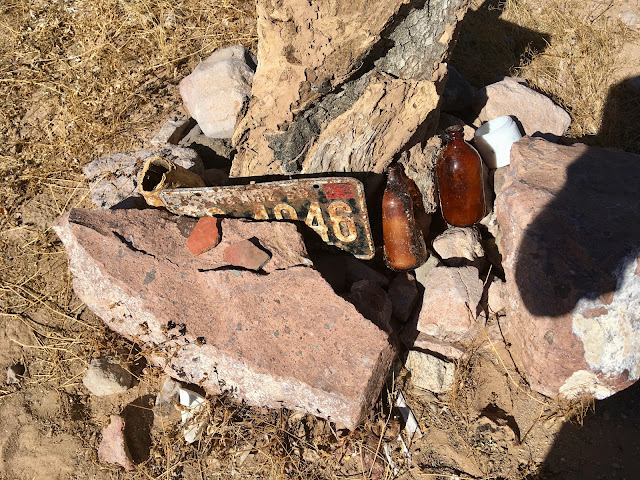 This gourd was neat.  I could see how Native Americans could easily carry water in one. 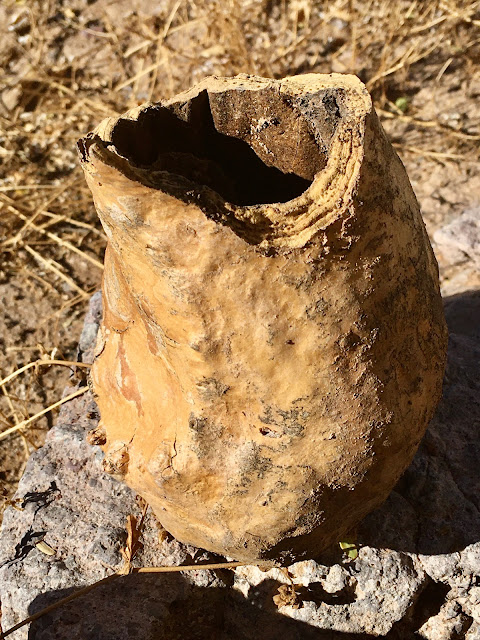 Aw, but it was the 1959 Arizona license plate that caught my fancy.
If I had found that out in the desert by itself I’d take it home.
I put this back in its place though. 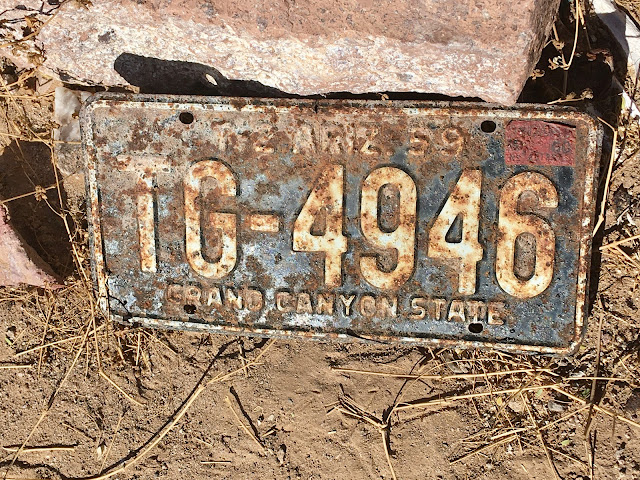 On the backside of the stiff animal hide was this.
So was it intended as a memory for someone’s loss
or just a memory of the free-for-all that took place in 2020?
It almost looks like there was more lettering below but the elements over the last few years has obliterated it if there was something else written. 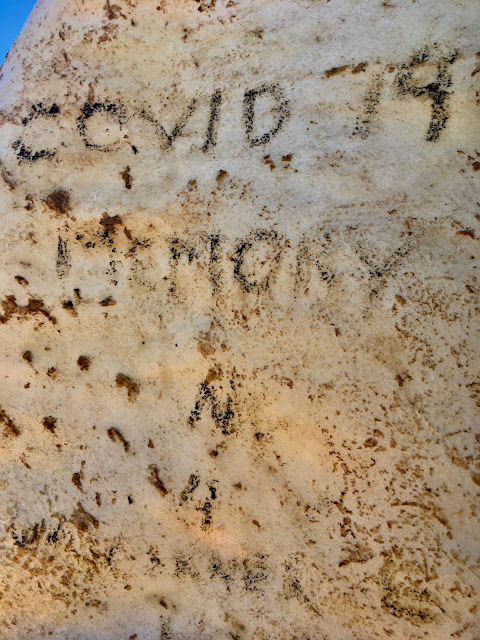 - comment replies -
You folks are funny.
All of you got caught up with liver and onions while I am trying to showcase Evelyn’s artwork.
Later I realized there were no bank of windows on either side as a school or touring bus would have.  It must have been a private coach originally.  Something I need to find out.
*
Wow, Karla.  You’ve been faithfully tagging along since way back when Sinbad was with me.
That really meant a lot to me reading that.  Thank you so much for the comment.
Posted by John @ Beans and I on the Loose at 11:00 PM

I did like the art work. Beep beep. My car is the Blue Ridge Road Runner...which I frequently forget. Hey, I'm old.

Yes, we're an unruly bunch out here. My late father-in-law used to say, "The older you get, the more important food is to you."
Looks like a shrine to me. So many have lost loved ones through this nightmare. There is a shrine on one of the main roads near us of a motorcyclist that crashed and died. It's been there for several years and no one takes the helmet and coat and other things the grieving brother leaves. I saw him one day cleaning around it like it is a grave. Such a senseless loss. Be patient with us, John. We live in the middle of this stuff.

It is a shrine. Someone is remembering someone...or something. I'm glad that you are a respecctful soul who left the license right where you found it.

The coach looks like an older Bookmobile to me.
A news (ABC-CBS) etc. coach?