Just How in Why?

It was a 120 mile drive to Why from outside of Tucson. 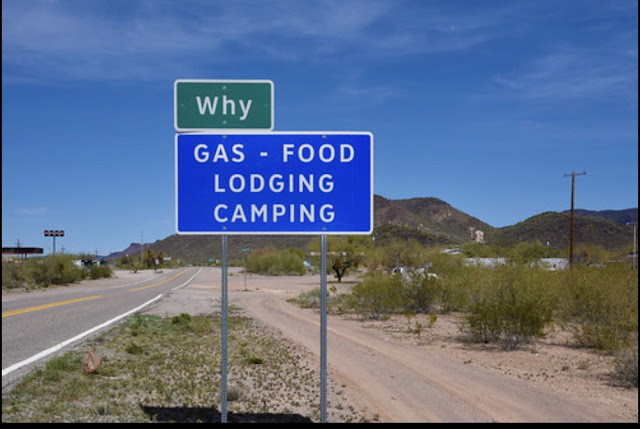 We have been here twice before.  There are not as many people here as there was outside of Tucson.  Much quieter, no traffic noise and NO trash.  There were a lot of places to choose from to park.  I wandered around a bit then pulled over into this spot.  I sat there with the motor running thinking I’ll bring up the Google satellite image and see where we were camped before. 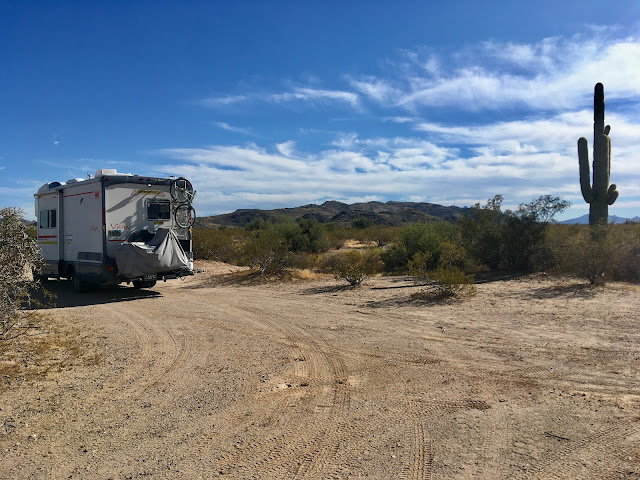 I was stunned to see I had pulled over into the very exact same spot we were camped at on March 5, 2018!
Look at that spider web of dirt roads and I had picked the same place out from all those other possibles to pull over and check the satellite image. 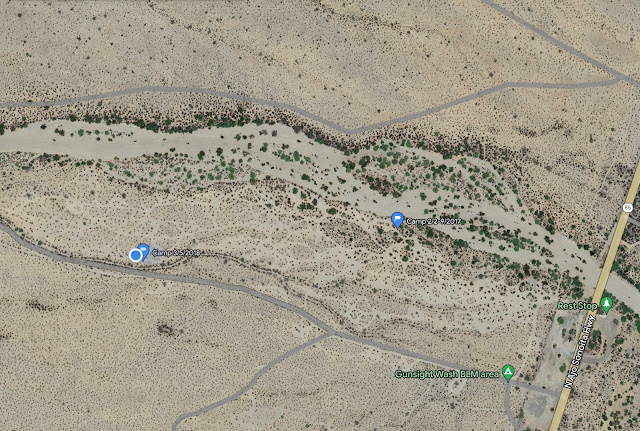 That night was perfect darkness.  No light pollution anywhere.
I cannot recall when I last was able to see so many stars.
This is a photo off the internet for my phone cannot capture the night sky as I see it here.
Trust me, it looks like this.

But I did capture the first sunset here.

- comment replies -
Sparklingmerlot, Cape York snow.  I might use that ‘snow’ term someday.  Since you are reading the pandemic year book, when we reached the area just north of Las Vegas, I think that was the worst for ‘snow’ I had ever witnessed.  Years ago in Anza Borrego State Park (California) some doofus tried to burn his TP after making a deposit.  The wind took it and created a wildfire, burning many acres of desert.  We arrived soon after.  Yes, the desert can burn.
Kathe, I was thinking our stay at the Walmart in Albuquerque was our worst ever in regards to the down and out broken souls lingering around the parking lot where I thought we would have to leave, then I checked on that.  Nope, it was Gallup.  So Albuquerque gets no award.
Posted by John @ Beans and I on the Loose at 11:00 PM

I do like a big sky! What a great inner compass you must have, just like homing birds, you found your spot again!

I can see why you would fall in love with the southwest. The sky in Why is enough to make you cry.

PS: Happy Thanksgiving to you and Beans. I hope the only turkey you run into today is on a plate.

Sweet, just what you need some peace and quiet with no one around. Who came up with the Name Why for a place

Yes, Gallup wins. Do you like the Tony Hillerman books? I learned a lot about that area through his mysteries, and the Navajo nation. Many times I wonder about those ancient people that learned how to survive.
Those stars are incredible! Especially married together with the deep silence. One of my goals is to get to the observatory in Flagstaff. The Heavens declare the glory of God!
Happy Thanksgiving to you and Beans. You are traveling through America. Now that's something to be thankful for. Gobble, Gobble, Beans! She'll know what I mean.

How lovely! Happy Thanksgiving! I am thankful for your blog, John