We have been at this spot ten days now.  I hadn’t planned on us staying that long here but its been nice and so why leave when we don’t have anyplace we need to be at anytime soon.

This collection was right across from us.  When we arrived I thought maybe the people went into town and were coming back since it almost looked like a camp. 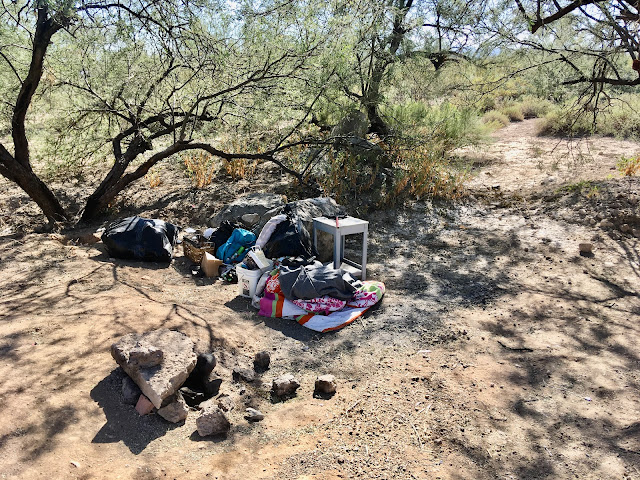 A week later, no one ever returned and the local critters have started foraging for themselves. 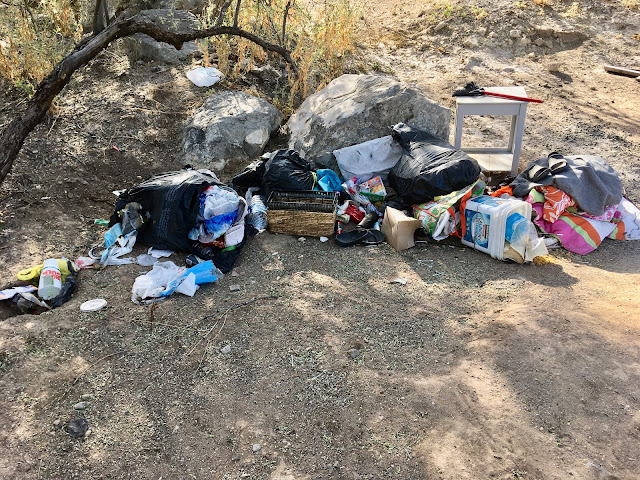 Elsewhere, it always amazes me the shoes and clothing left behind. 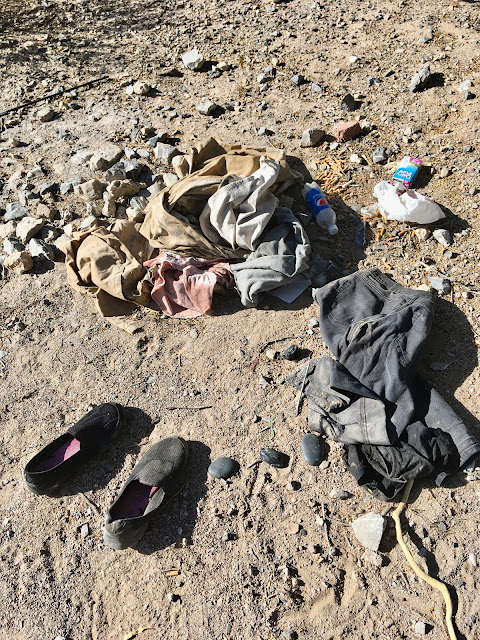 What is wrong with these shoes? 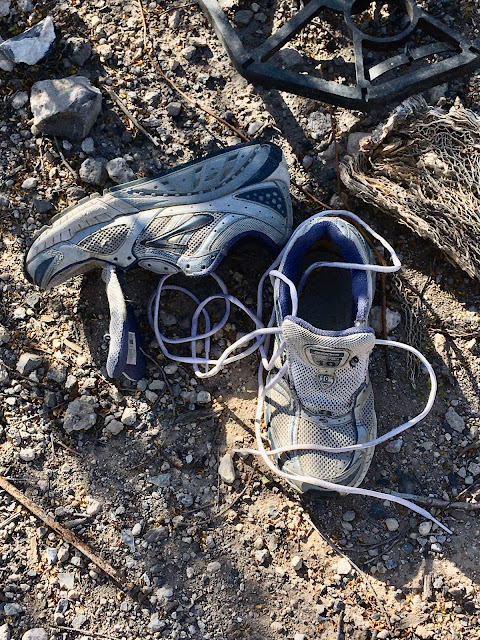 This assortment I saw when we arrived on the 12th.
A wrapper for some meat was dated ‘packed on Nov. 4’.
So these idiots had just recently left it here. 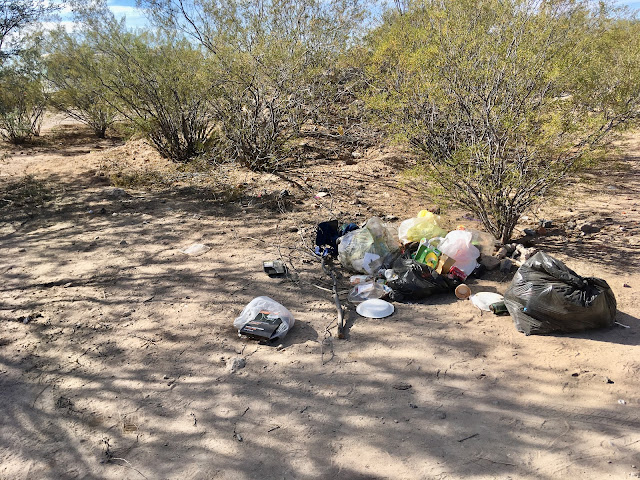 Here’s another.  Just look at all those cigarette butts! 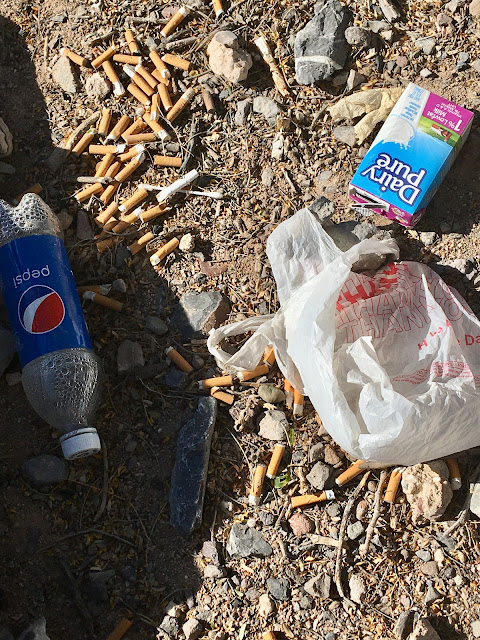 Our neighbor with the little brown school bus told me that it is worse across the road, which is a smaller parcel of land.  Furniture, mattresses and appliances have been dumped there by the locals of Tucson.
One of the women up near the quarry told me she heard the BLM is thinking of selling the land as the city is tired of the trash left behind.  And so goes another camping opportunity.
The odd thing though for me personally, I was more upset with seeing the trash at the Victorio Mine than here.  This sort of thing here is expected when so close to a major city.  The mine site was pristine.

This type of selfishness makes my blood boil. There is no excuse for it. I am currently reading your pandemic book and have just read where you were able to burn a lot of rubbish left behind by idiots. Once again, including clothes and shoes.
My brother used to camp a lot and he told me of Cape York snow. Cape York is far, far, far north Australia and quite the wilderness (or at least it used to be) Cape York snow is toilet paper covering the unpleasantly obvious. Even a cat (sorry Beans) has the nouse to cover its droppings.

That is a sad site.

Sometimes I deliberately look UP at the sky. Or into the distance to see the mountains. Route 66 is filled with broken souls here in Albuquerque. It can get overwhelming and make me cry sometimes. So many are so young. The women especially make me sad. Often they have several shopping carts with their "things". Trying to make a nest, as women do by nature. There is help available but many don't trust and won't take it. Also, the shelters can be dangerous. Reflective of so many things wrong. Do what you can but keep looking up, as old Jack Horheimer the astronomer on TV used to say.