We had yet to fill up with fuel before leaving Why.
I checked the Gas Buddy app.
The Indian casino three miles east was the cheapest.  Usually they are. Well it looks like it is ten cents less than noted on the app. 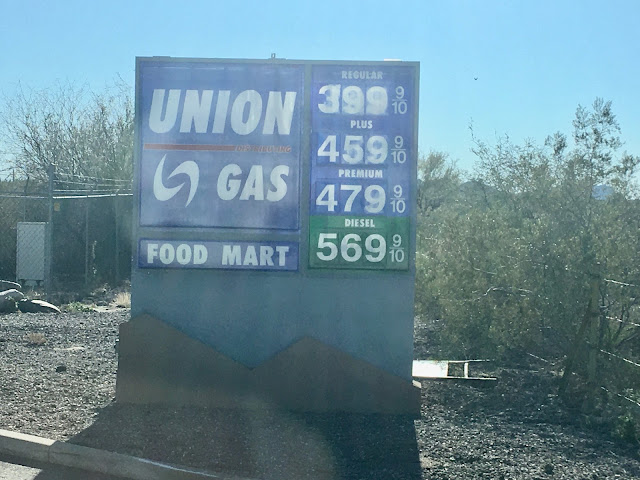 At the pump after inserting my card the machine told me See Cashier.  Geez, That’s the last thing I want to do first off in the day.  But I made the trek inside.  The lady says she needs to know how much money.  “How do I know how much money?  I’m filling it up.”  “I still need to know how much money”  I don’t need this aggravation.   I’ll just go back the three miles to the Texaco in WHY and pay the extra. 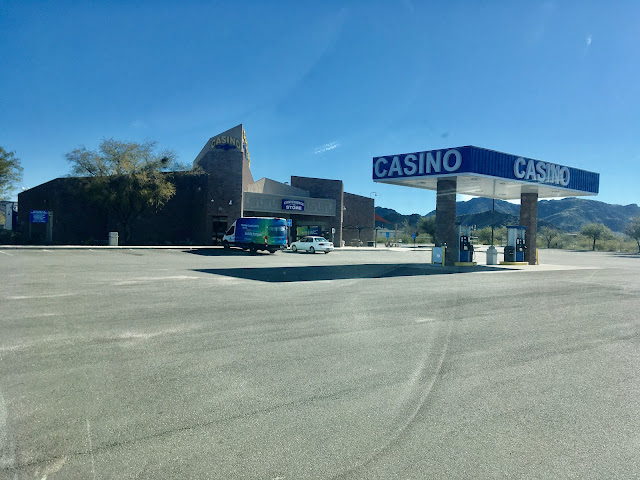 I pull up to the pump and it is priced at $4.59 a gallon.  A whole $1.20 less than the casino.  The person input the wrong price into the app.  My lack of patience in dealing with that woman at the casino saved me nearly twenty dollars.  I would have spent $114 to fill up there. 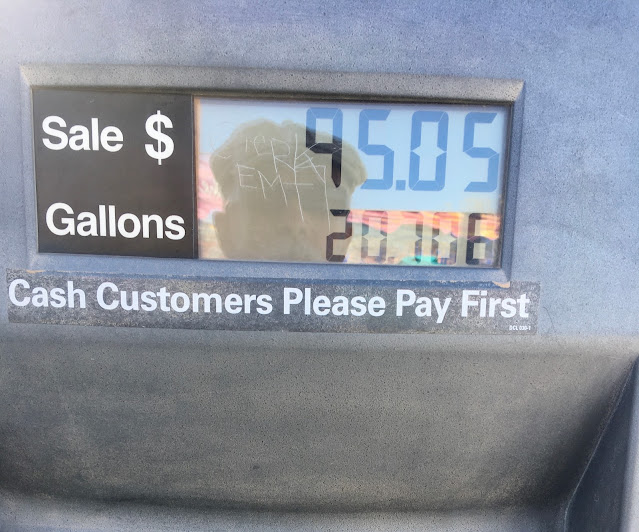 Then I found ten cents on the ground too.
It was going to be a good day.  (Don’t count on it) 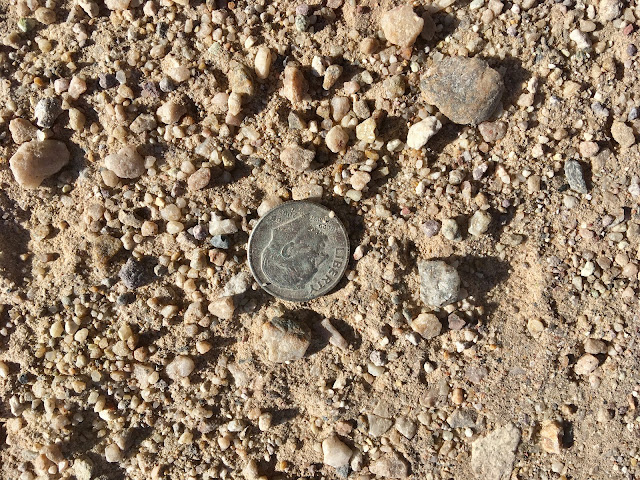 One hundred and twelve miles later we were back at that camp area outside of Tucson where we were before coming to WHY.  Time for lunch.
We’ll just stay the night and then move on.  I checked the weather ahead.  EVERYWHERE east of here it was to be in the low twenties each night!!  I failed to check this before leaving WHY!
We should have stayed put.  So now I am considering staying here outside of Tucson but I want to move.
I don’t know what to do.  Stupid, stupid, stupid.
(later)
I fixed lunch and put together the above part of this post.  The entire time I was listening to a generator across the way.  We’ll move.  I thought about getting on the other side of the small mountain from where we had camped before.  This way we can catch the morning sun to warm us up. 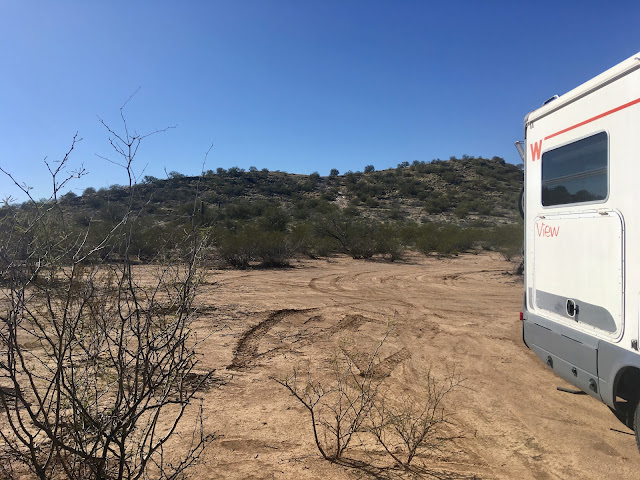 This isn’t the ideal spot like we had back at Gunsight Wash in WHY.  Lots of campers around.  I am leaning towards staying here until things warm up on down the road.  Not much potential blog content here unless you want to see trash.  It looks worse than when we left here two months ago.  I try to look at the positive.  We are at least over a hundred miles on our way.  We’ll take that. 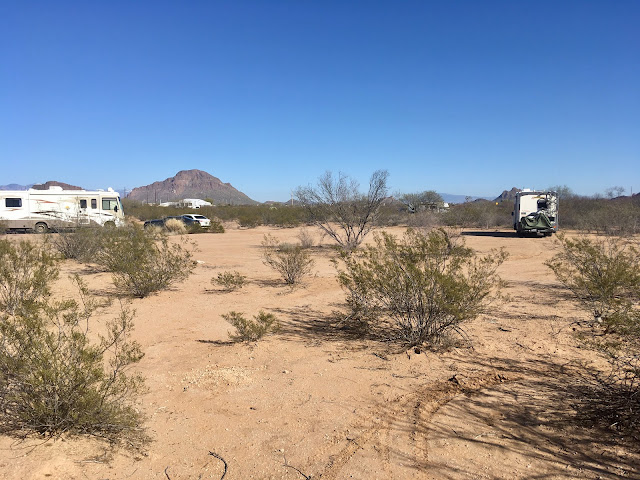 The sky is blue and you have no where to be. We have a lovely snow here and I can enjoy it because I don't have to go out today. Peaceful reading day for me! Yay!

Oh I'm glad to hear there was a good savings on gas. Whew. Here we have pouring rain. It will come and go today apparently. Remember how you'd run out of things to say in Why...and wanted to get going. It seems "going" means something that is unexpected is out there.

I like Barbara's take on it. The sky is a beautiful blue and (not many people can say this) you are totally free to do as you please. You sounds as if it has been a frustrating day. Stop the day. Tomorrow, sit down with a hot cuppa SOMETHING and figure it out when your patience is new and untried.

We're all hacking and coughing in our household. Stay out there far away from us! Find a nice hill to cut the wind facing south to catch the sun and REEEEELAX!

I guess it was Ellen.