Near us up front a ways. 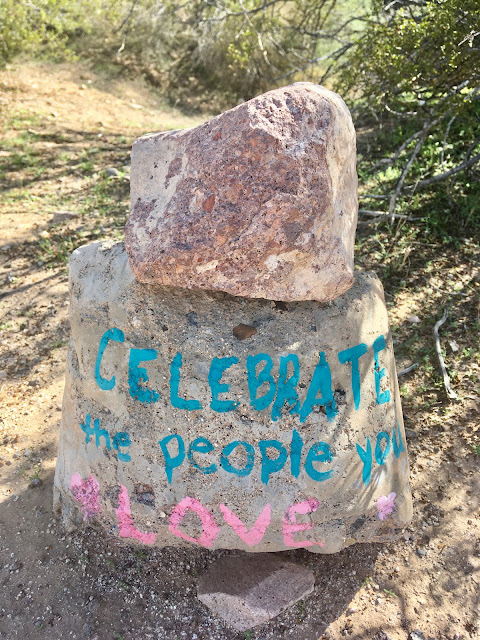 I think I’ll make my own...Celebrate the people who leave.

This is a popular spot for people to pull into because of the large tree.  Maybe a half a dozen or so have come and gone from that spot since we’ve been here.  It is right across Beans Wash from us.  Two mornings ago I saw the French Canadian people pull out.  Then the guy in a cargo trailer in front of us where those painted rocks are, he left too.  He had been here for weeks.  So two in one morning.
Yippee! 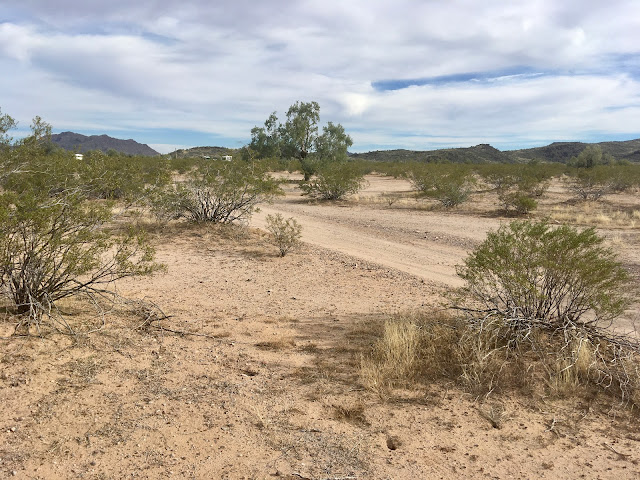 That afternoon these people arrived behind us.  Too close! 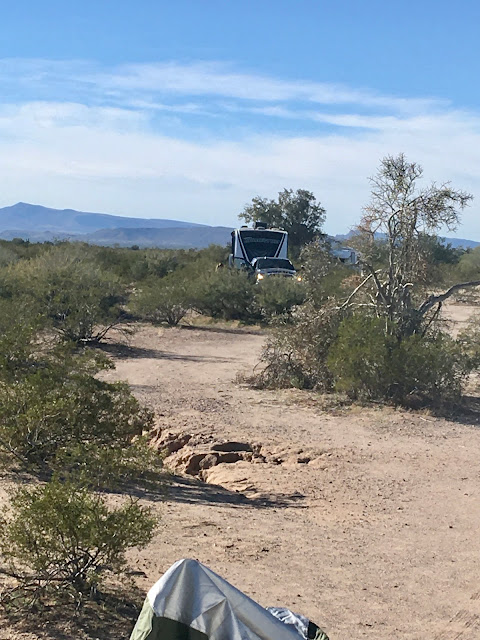 They stayed two nights then pulled out yesterday.
Good. 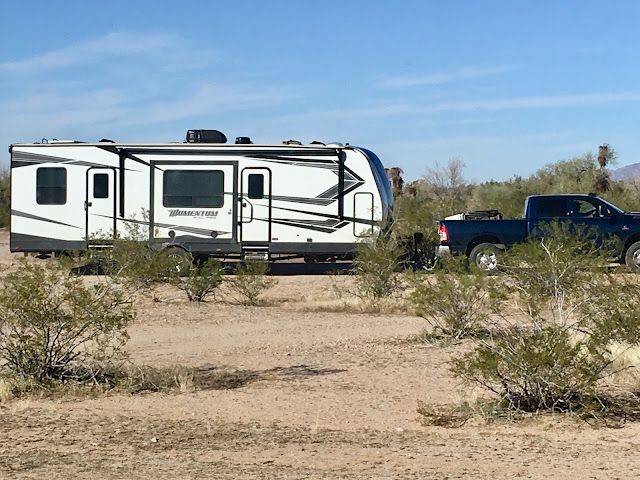 Now if these people across the way from us leave we’ll have no one around for quite a ways. 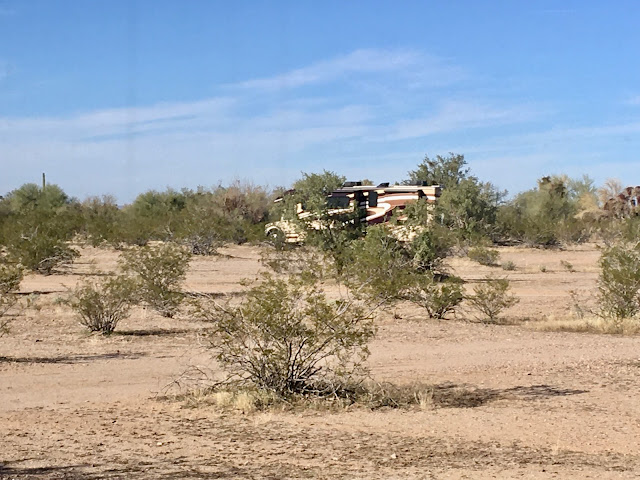 These RVs are called Super Class C style.  Has a truck style cab (Class C has a van style like us) plus they have “basement” storage like a large Class A. 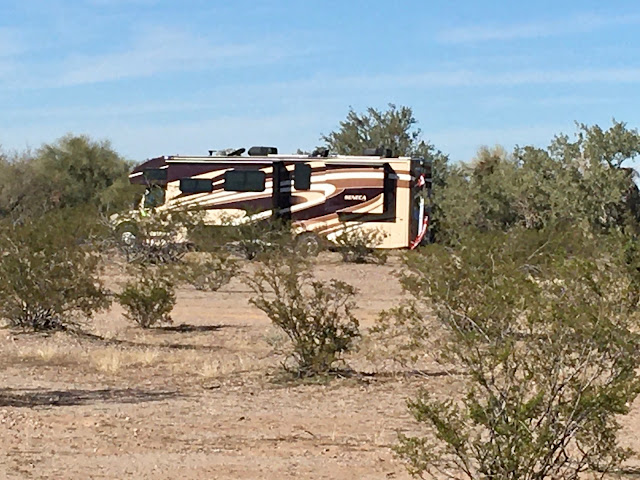 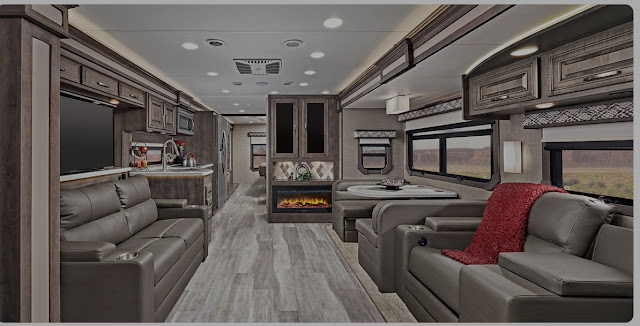 I was planning on a trip into town next week but the forecast calls for rain Sunday through Tuesday.
It’ll just gnaw on me about going all that time while sitting inside listening to the raindrops falling.  So we decided to go today (Friday as you read this) and get it over and done with.
Right now Quartzite is ramping up for their big RV show extravaganza.  I am so glad we are not there.  I had already planned on leaving the area during January anyway then return when the circus left town.  But now we don’t have to deal with any of that.  Why has become our new winter home for years to come.
Imagine having less than twenty campers in the area as we currently have compared to around 150,000 that are in the Quartzite area now.
Beans has a lizard pinned in. 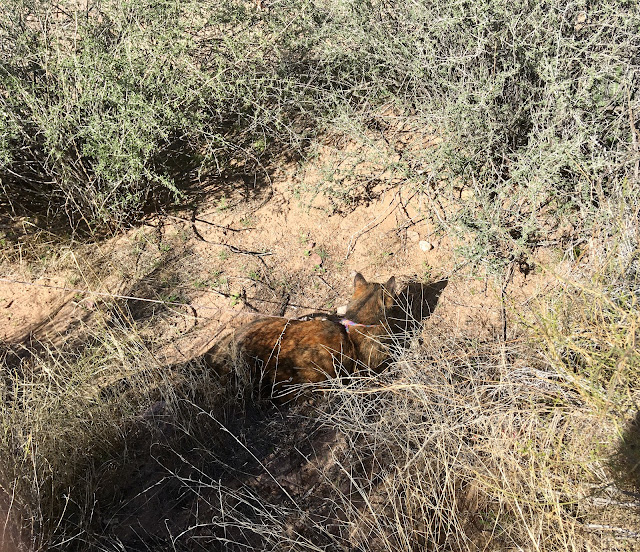 As I was preparing this post someone pulled in up in front of us where the painted rocks are and the guy in the cargo trailer was.  I can deal with it.  It’s far enough away and the tree blocks the view.

That camper is more luxurious than my house! I can't imagine spending such a crazy amount of money all at once on ANYTHING!

It's funny to see such a luxury camper setup, then think of how water, walking in the sand, just being in nature are all outside their little cocoon.

Seems like you're getting a lot of rain there. The desert will surely bloom in a couple of months.