Why Desert Bakery, Arizona
When shopping the last time out I picked up a package of biscuits to bake.
It is nice to have a calm still day to use the Dutch Oven.
First off, get the charcoal going.  I found that tray from an old range stove oven in the desert not far from here years ago.  It works well to contain the heat for the bottom rather than going into the ground plus it leaves no mess behind. 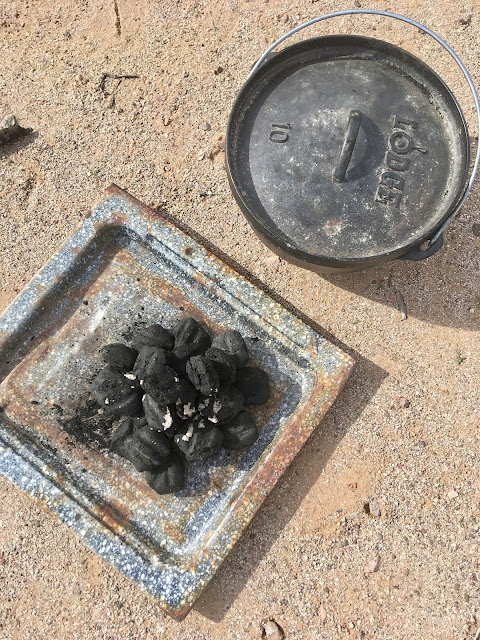 The biscuits call for 400 degrees.  This requires twenty-five briquets.  I have a chart that came with the oven that shows how many briquets for various temperatures.  Four hundred degrees calls for eight under the oven and seventeen on the lid. 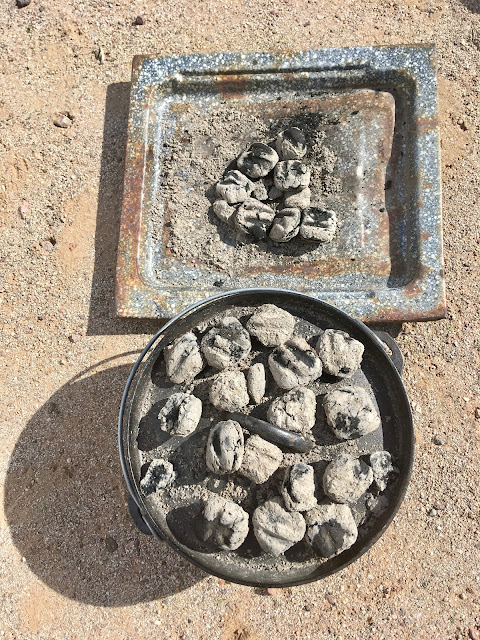 Preheat the oven.
I made the stick with the hook to lift the oven in place and also remove the hot lid. 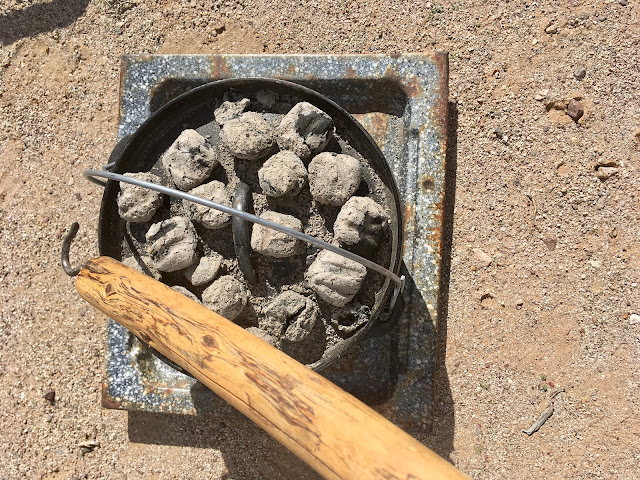 Sorry looking biscuits.  The package was cheap at $1.29, not a name brand.  I bought them not because I am cheap (Dad! Don’t lie to them) but rather that it was the smallest to be had with the least amount of biscuits.  Its just me.  It is difficult to shop for a single person. 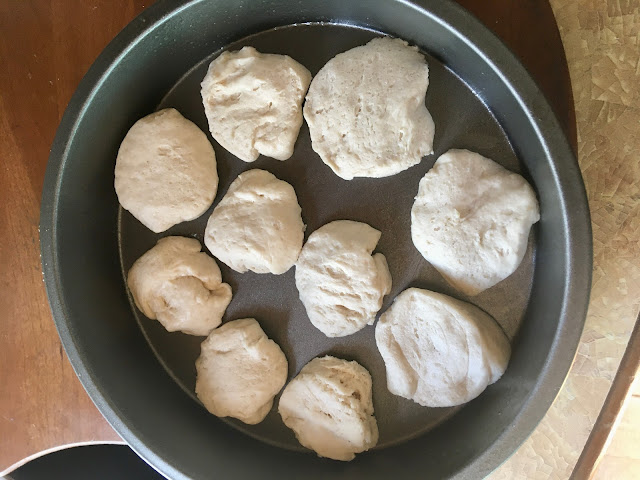 Ten to thirteen minutes later, done to a golden brown. 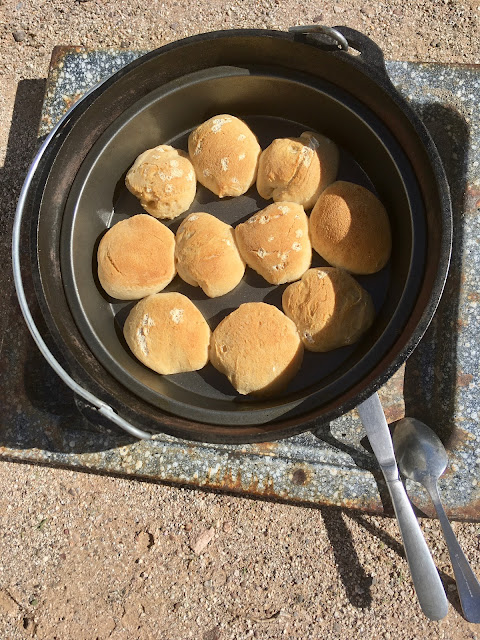 The knife and bent spoon is to tilt the baking pan up where I can grab hold of it.
The hardest part about all of this is not eating the entire batch fresh out from the oven.
Another favorite to bake is corn bread.  That is even more difficult not to eat all in one go.
I’ll check Pathetic Grocery to see if they have the corn bread I like to use next time in town.
- comment reply -
Yes I have added rubber padding under the seat to eliminate the rubbing against the gas tank.
Posted by John @ Beans and I on the Loose at 11:00 PM

A good thing to know when baking...how many briquets make what temp! Now who wrote that down and where? Chocolate chip cookies? Nah, too much opening the oven to take them out, and your little pan would only bake 4 at a time. Corn bread does sound good.

The smell of bread baking brings back memories. The critters in the area must have been keeping an eye on you. My husband makes pineapple upside down cake in his iron pot. Delicious!