The majority of travelers with pets do so with a dog or two in tow.  I see them all the time.

One day this couple passed by with these two huge fluffy white dogs. 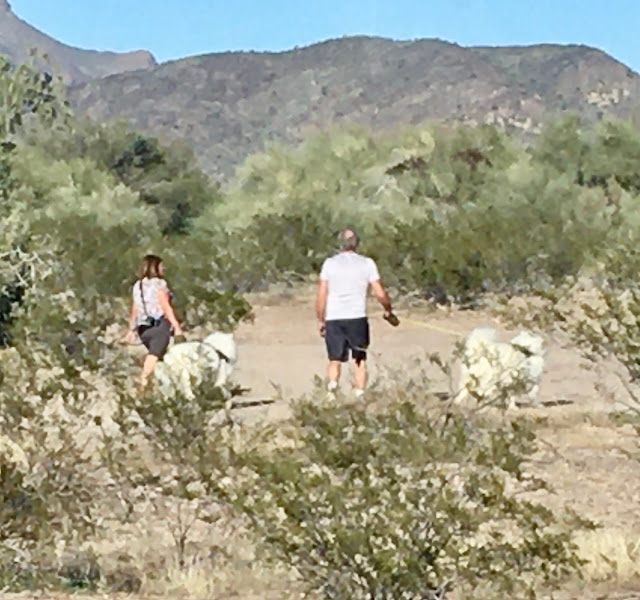 This is what the dogs looked like.
I cannot imagine traveling with something like that times two. 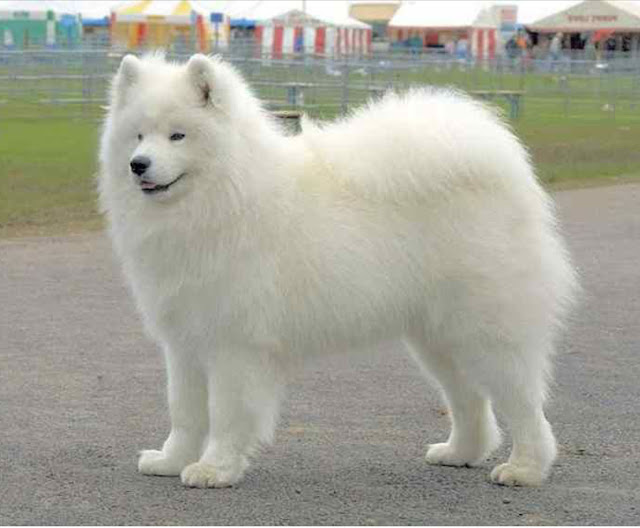 Often I try to imagine traveling with a dog compared to a cat.  The dog requires a lot of attention.  The cat does not.  They’re independent.  They take care of themselves.  Dogs poop and pee on the ground where ever you stop or have to make a unplanned stop so they can do their business.  Cats have their designated toilet.  Solves a lot of issues.  If you’re a responsible dog owner you pick up the steaming pile with your hand incased in a plastic bag.  Oh what joy!  At least Beans digs a hole and covers up her deposit if outside.  She takes care of it herself.  I would much rather scoop out a litter box than scoop up poop.  I had to scoop up dog poop for years; a dog that wasn’t even mine.  He belonged to my step-father and came with him when marrying my mother.  Now the dog became my responsibility.  I had to feed and clean up after the dog all those years.  Maybe that is why I am a cat person.  No, I was born a cat person.
Then there is the barking.  I don’t like listening to dog barking.  Hurts my ears.  Then consider about possibly having to share the bed with a dog.  Beans takes up enough of the bed as it is.  I cannot imagine fighting with a dog for space to sleep.
Now I can understand being a solo female traveler and doing so with a dog along.  Protection.  Even still, I doubt I would have a dog if I were a woman.  Beans really is an early warning detection device for me.  Many times I cannot even see the person before she alerts me to someone approaching.
When in town yesterday there were over a half a dozen people out and about around the plaza with their dogs.  It was there it really set in with me of a comment I received awhile back.  “Can you imagine having a dog who wanted to say ‘hello’ to everyone and everything?”
Oh my goodness!  I had never considered that!
“Oh what a pretty dog.  What’s his name?  Can I pet him?  Oh you’re such a good boy.”
Nope, a dog isn’t for me. 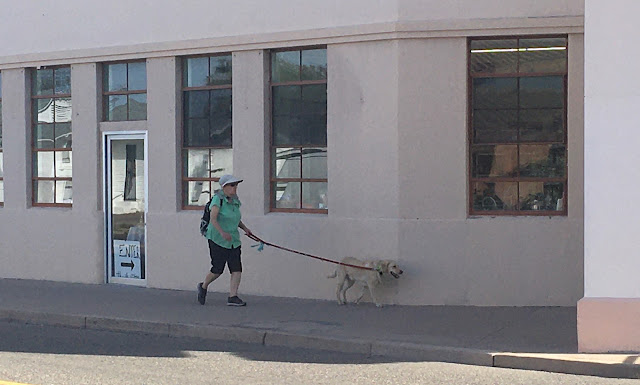 I don't mind a dog. I also don't mind talking to people though, so I imagine that makes a difference. For our stage of life though, a cat is a better fit. We have Houdini, the invisible cat, who is slowly becoming more social. He does love to play and he comes out in the evening to watch the television flicker. But he will always be a bit of a recluse, I think. A gentle, quiet natured recluse. Probably a lot like you!

I have a few friends who are dog-persons...just a few. They are not able to walk with their dogs without constantly stopping, not just for dog needs, but the other dog walkers who they must interact with! Thanks, I am totally a cat person. I like walking in the woods and actually being able to see wildlife. Dogs just don't let you do that.

I'm a grandchildren person. They're really, really high maintenance. Good thing God made them so cute! We noticed when we moved down here that dogs took precidence over children for the Millenials. Our sick joke was if you hurt a dog you could get the electric chair. Children? Not so much. The house is for sale next door. We're holding our breath that they won't have dogs. It's the owners that are the problem. Just like with kids. Parents are the problem. I think cats are perfect pets though I've never owned one. I did love my little dog but we lived in the country. Too dangerous for cats.

I've had dogs and cats since I was a little kid, I love both. Right now I have one dog and two cats.