The second night didn’t rain or I slept through it.  Yet something happened somewhere for the water had flowed down Beans Wash at some point and wiped out all our foot prints. 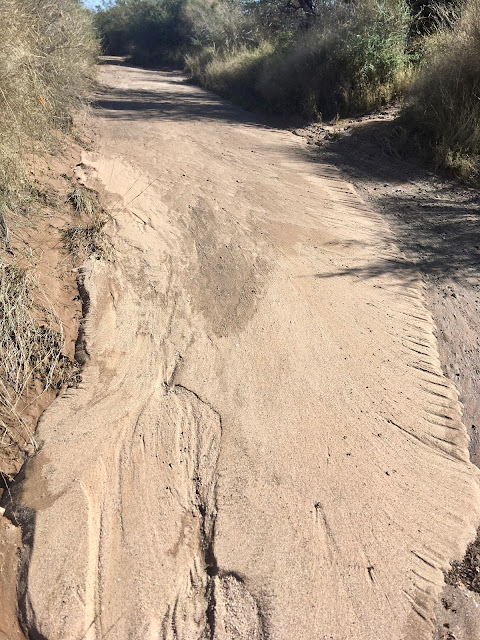 Beans was happy to be outside once again after two days inside. 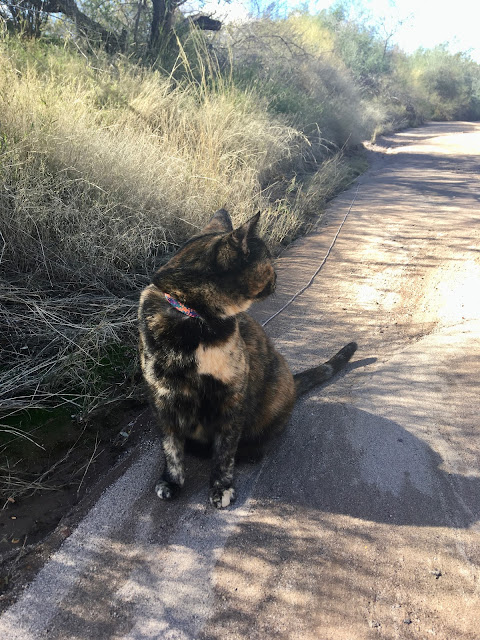 We took out on patrol making a new set of tracks up and down the creek bed. 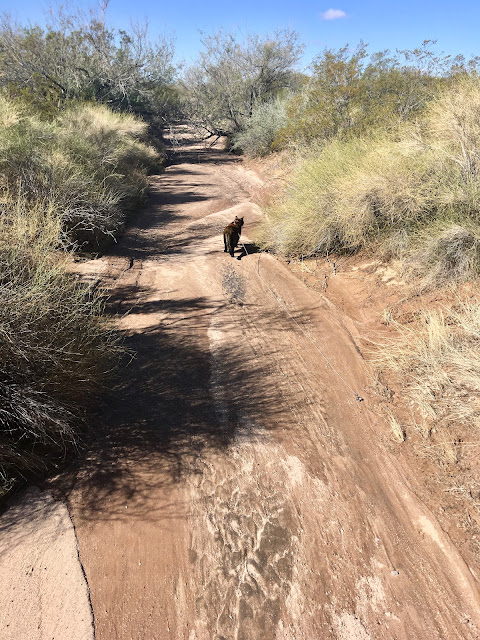 I was hoping to get out and do some exploring on my own but the wind is just too much and too cold. 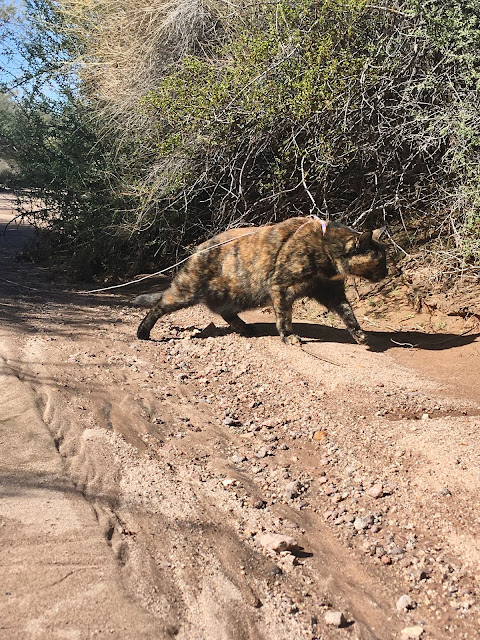 The rushing waters leave behind what I guess was foam.  It looks like foam rubber but there is really nothing to it.  Touching it it just disintegrates to dust. 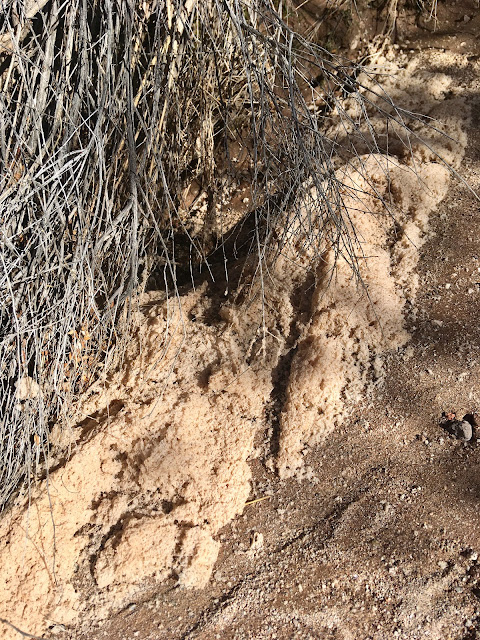 I was able to smash up cat food tins and burn an culmination of trash then had to go back inside.
I am hoping the wind dies down later so I can barbecue that chicken. 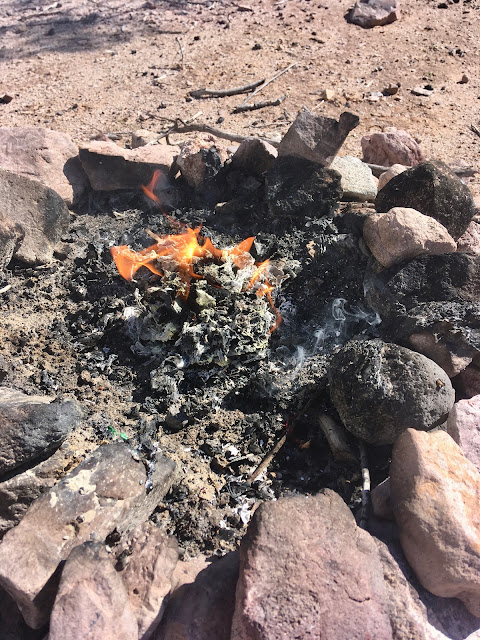 - comment replies -
The way I do grilled cheese is with spreading mayonnaise on one side of two slices of bread and browning them in the cast iron skillet sliding it about all the time.  Then remove, add the slice of cheese to the browned side of the bread which is now the inside of the sandwich.  Next spread mayo on the outside and repeat the sliding around browning on both outsides.  Very messy to eat.  I try to buy small thin sliced bread keeping all my sandwiches of a smaller size.  This usually winds up being Daves Killer Bread, a pricey organic brand chocked full of all kinds of seeds.  I was going to have some tomato soup later for dinner, but that didn’t happen.  But to dip a grilled cheese sandwich into tomato soup...I’ll have to think about that one first.
Posted by John @ Beans and I on the Loose at 11:00 PM

Color me incredulous! You have never dipped your sandwich into your tomato soup???!!! You must do that right away! MMMMMmmmmmmmm...

It always amazes me that in the UK you can buy something called Tiger bread, and it is the most delicious stuff, chock full of seeds and grainy goodness...and it is less than a dollar a loaf. Here, that kind of bread is a luxury for me. I have never heard of making a grilled cheese with mayonaise, but I think I'll be giving it a try.

I just brown the butter on my toast...and since I've a full size skillet and just one sandwich to make, both slices are open on the skillet at once...no cheese till they start to brown, then put cheese on them, and slap them together, finish browning while cheese melts. Oh to have an extra sice browned, I'll have to try that. Not sure how toasted mayo would taste, but I will definitely try it. Yes, maybe messy to hold!

Orowheat makes a multi healthy grain loaf that I love even better than the Killer bread. It's cheaper too!
Go ahead, John, dip that sandwich and be the wild and crazy guy you truly are inside! :) I'm definately going to do the mayo thing. Tomato with basil is also a great soup. Such good cold windy weather food.

I love grilled cheese sandwiches and even though I love tomatoes I don't like tomato soup at all. I buy Dave's Killer Bread Good Seed Thin-Sliced Organic, so good and healthy.

A while back I saw a cooking show in which the "chef" explained that using mayo (not Miracle Whip) rather than butter made the bread crispier as it did not soak into the bread as much as butter did. I also cut my sandwich in half before grilling it in a cast iron skillet thus eliminating a "soggy" center. This makes it the perfect consistency for dipping into my bowl of cream of tomato soup.